The uncaring health care system, or why neurologists seem so unsympathetic

I know, I know. We've all heard the stories about neurologists who treat their patients like objects of no interest, who never seem to take your pains and troubles seriously, who are in and out of the clinic room in 2.2 milliseconds.

They seem to be everywhere.

I used to get all hurt by their reaction, too - I'd leave muttering and cross at the world and hating the neuro in particular. Of course, I was going to one of the top neurologists in the country (and he knows it), and was profoundly uninteresting to him as I was still walking and talking.

In my mind I was degrading by the minute. But then, he wasn't evaluating my cognitive abilities or my depression. He was only interested in my walking. Which was something I didn't understand until I looked into MS studies and found that, at that time, that was the only assessment routinely done. (this is changing, thanks to Bart's MS save the hand focus).


But I've been ten years with this disease and I've gained some perspective. And some sympathy for the neurologists. (Not for my one from before - he truly IS an ass, and some are) I've worked with neurologists on projects, I've participated in research, I've made my own panicked calls to the clinic begging for help. What I've discovered is that they are an interesting and interested group of individuals who really do have a dismal job. Most of their patients do not get better.

Brain injuries don't tend to get better. They progress (in MS, Parkinson's, Alzheimer's, Huntington's, etc etc). Doctors (and MS Nurses) are supporting a crumbling wall, catching the biggest falling stones, having to let the smaller ones tumble.

God bless her, she never said, "Would you please stop bothering me? I have real sick people to talk to!" Because she did. The people who were paralyzed, who couldn't swallow food, who had horrible kidney infections after storing urine for weeks, people who had gone blind with optic neuritis. People who were truly suffering, as vs me, who was being BOTHERED.


Symptoms are awful, painful, exhausting, depressing. I hate it when I can't see properly. I grieve when I can't pee or pee when I shouldn't. I live in total fear of fecal incontinence. I miss being able to feel things.

But hey, I'm also getting older. Maybe my blurring vision is due to cataracts. Maybe those aches and pains are because I've lazily sitting about instead of exercising.

Or maybe they are signs of my MS progressing. Truth is, there isn't a whole lot that can be done about that bit. Yes, medications - the disease modifying ones - and we should all be taking something like that. Vitamin D - yep. Antispasm drugs. Medical Cannabis. etc. But truth be told, other than the disease modifiers and Vitamin D, nothing will stop this train we're on. Yet.

We can adjust the pillows or ask for a warm blanket, but it's really up to us to try to make ourselves better. Rest, exercise, stretch (whatever parts you can). Eat as well as you can. Avoid salt. Enjoy life as much as possible. Rest. Laugh. Like most chronic diseases, MS is up to us to manage. We have to take responsibility for a lot of it.

And leave the neurologists time to see those who are being consumed by galloping MS, who are dealing with people dangling on the knife blade of serious progression. Leave them time to do research, to find a cure for this dratted thing.

It's terrifying to take responsibility for your "itching swelling brain," and I don't mean to discourage anyone from checking to be sure a flare-up isn't something more serious. Lately I've called when I couldn't pee, and when I lost myself for an hour and felt panicked. (also a pee issue - a urinary tract infection). Both times I got an immediate caring response that dealt with the issue. I don't call when I'm in pain, or tired, or can't read well anymore. With perspective, I know that if I stretch, drink more water, rest, move, this will likely pass, and if not, there probably isn't a solution. (yet) And I whine to my MS support group and they whine to me and we understand each other.

Life sucks. MS sucks more. So does diabetes, arthritis, cancer, etc. We aren't the only ones who deal with stuff on a daily basis. Sometimes we just have to bite the bullet and suffer in silence. 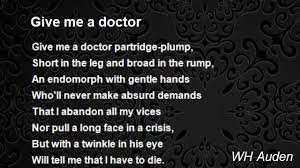